On Monday the price formed a bullish candle with daily close above previous day candle close. This was indication the price is continuing moving in the same direction as the previous week has ended.

The price reached a downtrend support line and then returned back to $0.99134 which now acted as a resistance level. The price formed a bearish Pin bar which was a sign the price has made a positive breakout. The price did not return inside indecision range, but stopped on the resistance line and pushed down again.

From there the price formed a strong bearish candle on Friday where the price reached $0.96716 support level. We cannot see a bounce or strong retrace indicating sellers going out which represents possible future move down. 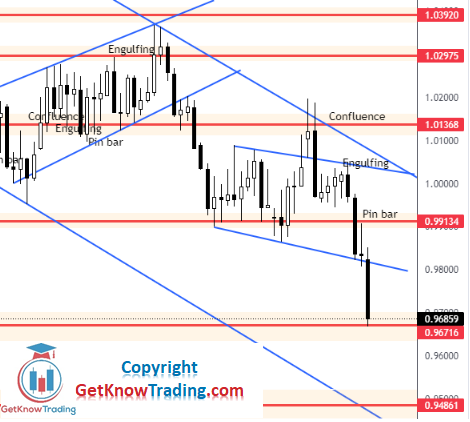 We have a price on Friday without retracing too much which indicates the sellers did not get out from their trades to lock the profits. This means there is still strong selling momentum in this move so we can expect further decline in price.

The first small support and demand zone that will hold the price is $0.96000 price that acted as a support in the previous bearish attempt to reach lower levels.

From there we can expect the price to return back up and if the bulls are strong enough the price could reach the first supply zone at $0.98300. This is a confluence area where the price has formed a Pin bar this week and where the price stalled for a while before breaking below the downtrend channel support line.

The market is in bearish mode so we can expect the price to move lower and to reach $0.94861 support level which is weekly and monthly support level. This gives the importance to the price level where sellers will try to get out and buyers to get in to change the price direction.

Would you like to have more detailed intraday analysis on EUR/USD?

To learn how to draw support/resistance levels and analyze the multi time frame charts? 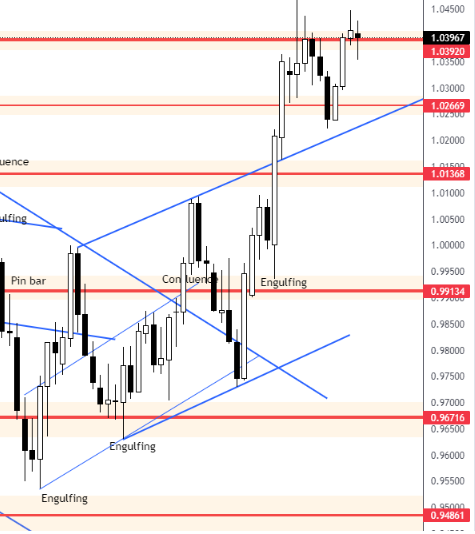 EURUSD Analysis TodayPrevious EURUSD forecast talked about $1.03920 that could be broken from the bulls and that has happened. The price continued its move to $1.02669 on Monday, but since Tuesday the price was forming bullish candles. The price reached the demand...

END_OF_DOCUMENT_TOKEN_TO_BE_REPLACED 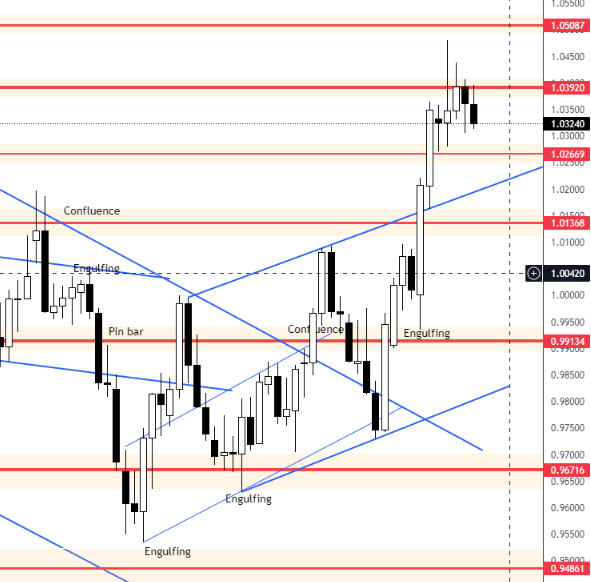 EURUSD Analysis TodayPrevious EURUSD forecast talked about $1.01368 as an uptrend support as a confirmation that we are in the uptrend. The $1.01368 was not reached because the price tried to reach higher levels. We can see on the chart the price formed a small...

END_OF_DOCUMENT_TOKEN_TO_BE_REPLACED 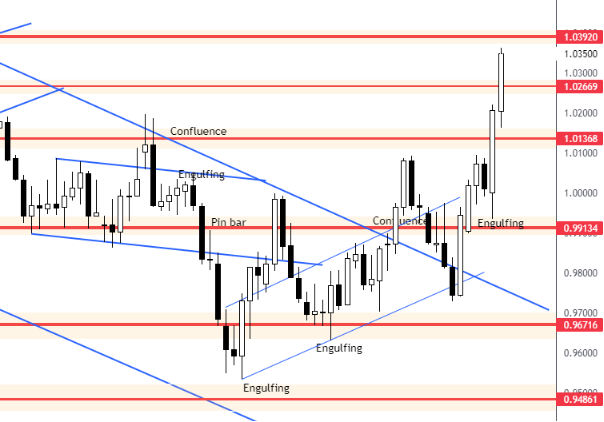 EURUSD Analysis TodayPrevious EURUSD forecast talked about $0.99134 as a breakout decision and if the price manages to close above it will mean the price will continue upwards. The week started with two bullish candles reaching higher levels. Those levels were...

END_OF_DOCUMENT_TOKEN_TO_BE_REPLACED 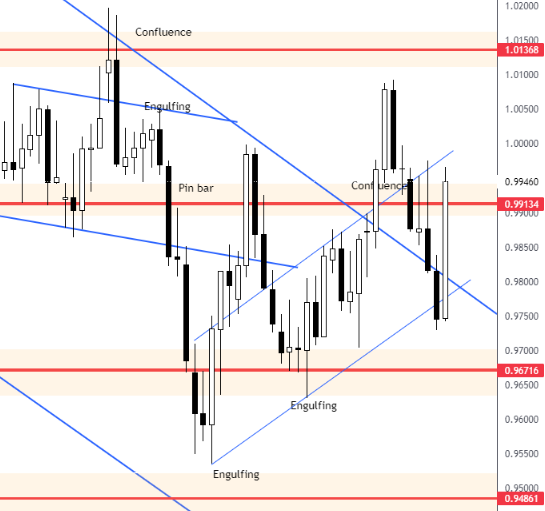 EURUSD Analysis TodayPrevious EURUSD forecast talked about monthly level $0.99134 as a decision level. The Monday candle has closed below support level and continued to move down in the following days. The price tried on Tuesday and Wednesday to return back up, but...