Previous EURUSD forecast talked about reaching $1.02975 and $1.01368 as a weekly and monthly target. The price did not took that much time, but it reached these two targets this week. This tells us that the bears were too strong for bulls so the EUR lost its value a lot.

On Monday we had an indecision candle where the bulls tried to push the price up, but the price closed the day close to the open price.

The next day the price dropped 200 pips reaching the first support mentioned last week, $1.02795. The price did not stop at that support level, but it continued moving down.

The move down had no obstacles until $1.01368 which is visible on the chart. The price stopped in the demand zone around $1.01368. The price bounced upwards, but that bounce was too weak.

From there the price on Friday moved more down, breaking through $1.01368, but the day could not close below. The price returned up and closed the day above support level.

The week ended with a bullish Pin bar which is a signal for the next week.

Friday Pin bar shows where the price will move next week. The pin bar has formed right on the support level which is weekly and monthly support that had retraced in the past.

We can use this price action signal on the support level and look for the exit on the first resistance at $1.02975.

The weekly and monthly charts show that retrace can go up to $1.05087 level so we should look for that scenario. Except something happens in the meantime and the market shows bulls weakness.

The next support is at $0.99134 which is more than 100 pips away from the current price and it is a parity for the USD and EUR.

As it looks now the parity is just a matter of time because EUR is losing its strength and USD strength is rising. So, overall the monthly and weekly overview shows the parity highly likely. 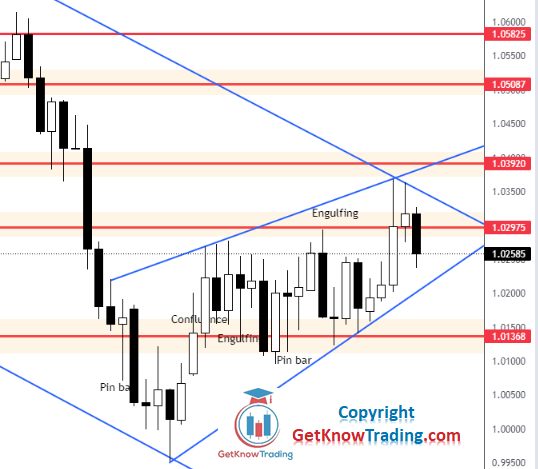 EURUSD Analysis TodayPrevious EURUSD forecast mentioned price range where the price was inside for a week. It took another week to breakout. Lets what has happened since then. We had a false breakout to the upside where the second candle had returned the price back...

END_OF_DOCUMENT_TOKEN_TO_BE_REPLACED 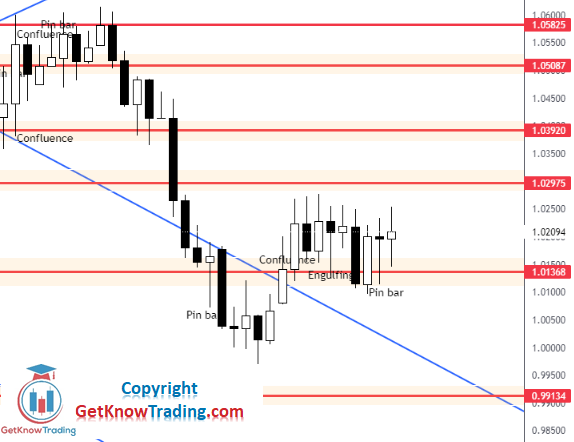 EURUSD Analysis TodayPrevious EURUSD forecast talked about price reaching $1.02975 after successful bullish breakout to the upside. The price started with an indecision candle where the bulls and bears could not take the price to higher or lower levels. Small bullish...

END_OF_DOCUMENT_TOKEN_TO_BE_REPLACED 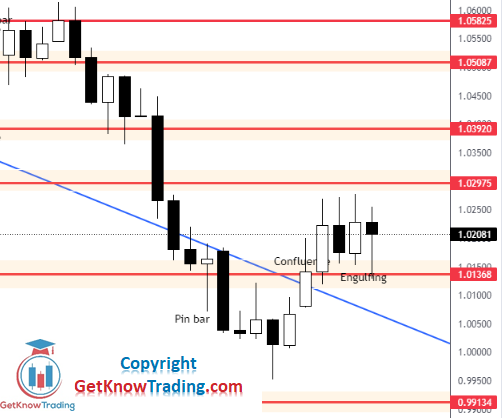 EURUSD Analysis TodayPrevious EURUSD forecast talked about price making a breakout to the upside. The price on Monday has made a first step to make a breakout reaching first resistance level $1.01368 and breaking above with a wick. The price returned back down, but...

END_OF_DOCUMENT_TOKEN_TO_BE_REPLACED 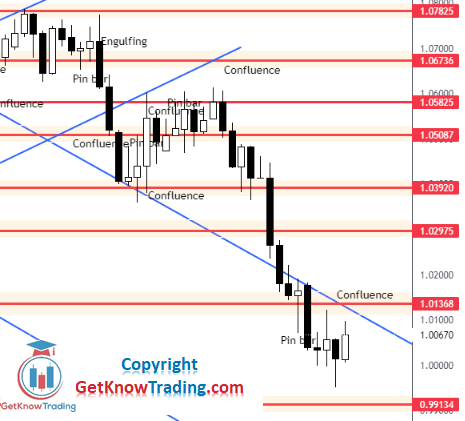 EURUSD Analysis TodayPrevious EURUSD forecast talked about parity and that is what has happened. The price has moved strongly down on Monday and on Tuesday the price reached parity. The price on Tuesday formed an indecision candle which showed a fight between bulls...