What are Forex Rates

Forex rates tells you how much one unit of a currency can be exchanged for another currency. Usually Forex rates are expressed in pairs where two currencies are connected.

Here is an example:

Example of EUR/USD Forex rate tells you that one unit of EUR currency is worth 1.1234 of U.S. dollars.

The value of a currency rate compared to another currency can be floating or fixed.

Forex currency exchange rate value can be floating which means price will change on a daily basis. Change of the price depends on various factors where the most known are macroeconomic factors.

When the currency rate is fixed it means it will not change on daily basis. It will change when the date of a change is determined.

Have in mind that fixed does not mean that the rate does not change at all. The Forex currency exchange rate changes, but two currencies in a pair move in tandem.

Factors That Have Influence on Forex Currency Exchange Rates

What determine supply and demand of a currency?

If you want one currency and many other people want same currency, such large demand will cause currency rate to rise. This is supply and demand that are determined by the people.

If there is disaster or rumors about bad news about U.S. or Euro, their currency rate will fall down. Bad news will have impact on the Forex rates of each currency.

If there are good news on the market you will have currency rate rising.

For the short term moves you can see central banks intervention when the currency rate is to high or to low.

To high or to low currency rate can be good and bad for the nation. To ensure good condition of the nation, central banks will step in and make adjustments on the Forex rates market.

There are countries that want to protect their exchange currency rate against other currencies. This means they set the rate for their currency against another and do not change it daily or weekly.

When they want to change the currency exchange rate they do it once in few years on particular date known as revaluation date.

This way of protecting of currency exchange rate is called pegged exchange rate. To make this possible country that have pegged currency must hold large amount of foreign currency in their reserves so they can react when necessary.

The most known pegged currency was Swiss franc that was pegged against Euro. The rate of Swiss franc was held on one exchange rate, 1.20.

In 2015 Switzerland announced that they will remove currency peg.

The move have caused strong movements on the Forex exchange market.

Current Forex currency exchange rates are determined by the floating exchange rate. That means each currency rate is affected by the economic status of the country, by its government and by the central banks.

If the economic of a country is in very good shape currency will be valued much more. It will have much more strength on the Forex exchange because it the demand will be high.

How the government acts in the country will have affect on the rate. Investors that are looking for stable government will be more likely to invest in that country.

Consequently their actions will attract or keep of investors from their country. How the investors look at that country will make the currency rate rise or to fall.

Central banks will make interventions on the market and will reduce the amount of currency available to people and make it stronger. If they make the intervention with printing more currency the value of currency will fall.

Where to Find Live Forex Rates

Broker can give you live Forex rates so you can trade on the Forex.

If you are looking for site that gives you live Forex rates you can visit FxStreet. There you can find any currency you would like to have.

Forex currency exchange rates are determined mostly by the supply and demand. If there is strong demand, currency rate will rise because many would like to have it.

If the demand is not strong, currency rate will fall. That will mean currency is not attractive.

Many other factors are influencing on the currency rate and majority are country government and central banks. They are core management of the country so their decisions have large impact on the Forex rates of their currency.

You can participate on currency exchange if you like, so you can see how the rate of currency changes. 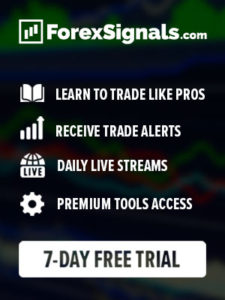 How to calculate pip value?

And many other PDF’s